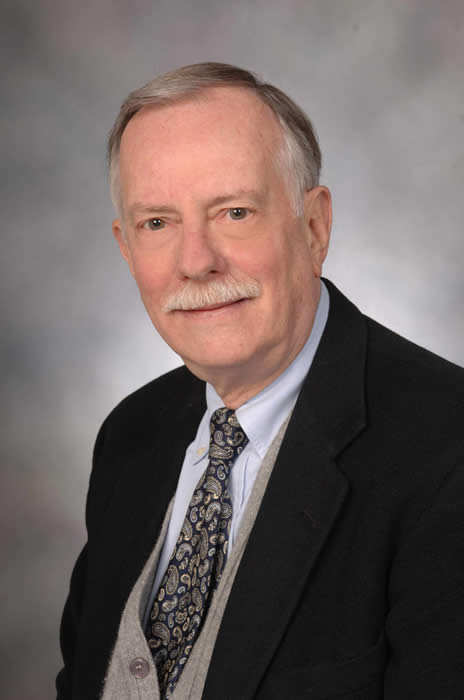 Robert L. Patten, the Lynette S. Autrey Professor Emeritus of Humanities at Rice University and Editor Emeritus of SEL, received his B.A. from Swarthmore College (1960) and an M.A. (1962) and Ph.D. (1965) from Princeton University. Patten came to Rice in 1969 to take a position as Assistant Professor in the English Department at Rice University, where he became a full professor in 1976.

In addition to his more than 30 years of service at SEL, Patten served in numerous other capacities at Rice University, including the Sallyport Award Committee (1986-87), the Advisory Committee on Parking (1992-94), and the University Review Board (1982-84).

Robert L. Patten writes primarily about Victorian literature, graphic arts, and print culture. He has co-edited volumes of essays on Dickens with John O. Jordan (Literature in the Marketplace, Cambridge, 1995) and John Bowen (Palgrave Advances in Charles Dickens Studies, Palgrave, 2006). His books on Dickens include Charles Dickens and His Publishers (Oxford, 1978; 2nd edn. enlarged, 2017) and the Colby prize winning Charles Dickens and "Boz": The Birth of the Industrial-Age Author, Cambridge, 2012). His two-volume biography, George Cruikshank's Life, Times, and Art (Rutgers, 1992, 1996) was named the best biography of the 1990s by the Guardian. And for the Ashgate Library of Essays on Charles Dickens, a 6-volume series edited by Catherine Waters, he edited the volume on Dickens and Victorian Print Culture (2012).